MY WORKS IN BLENDER 3D

Hello. Last time I was creating our working studio in 3d. I did this for improve my skill in image based modeling with point’s clouds. And now  I’ll show you what I got/

I used a Structure from Motion technology, I needed to shot a photos of studio room for that.

Notes: I found a best way to make shots around the object, but not around itself. 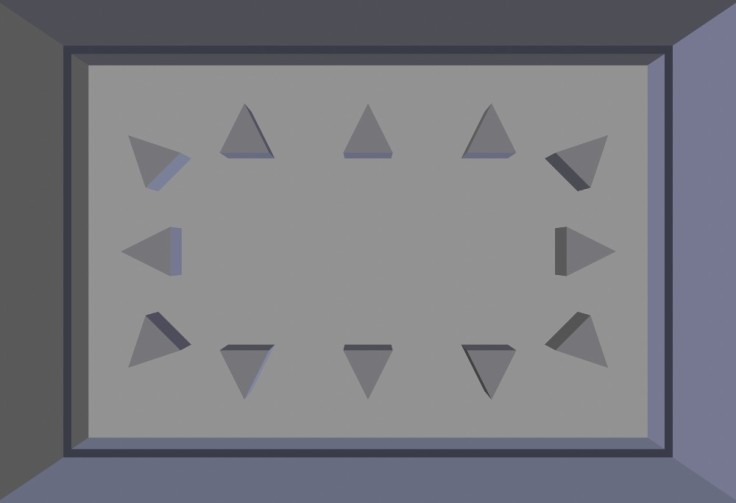 I used VisualSFM software for it. VisualSFM is a very useful and fast software, but only for non-commercial use.

This is what I got 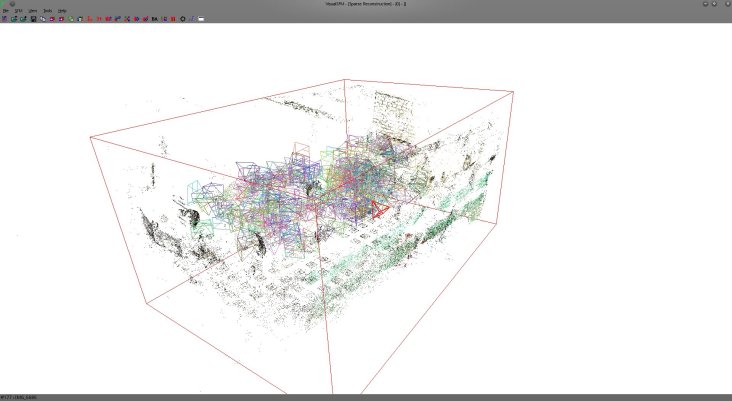 Copy it and change to the form used for blender (left)

Get and install the great bundler importer for blender ( source page )

And import it to blender. Then you’ll get a point’s cloud and calibrated cameras in 3d!

The most important point is the position of camera that stays at the same place the real photo was shoted from!

Now is the main part. We have the 3d scene with point’s cloud and compared camera positions.

I placed image to background and hid image planes, but don’t delete it because in that case blender unlink image files.

Not all cameras had took perfect positions, so we have to find average positions of objects (guid by the views of cameras)

The main objects of the office are walls, so i modeled it first. 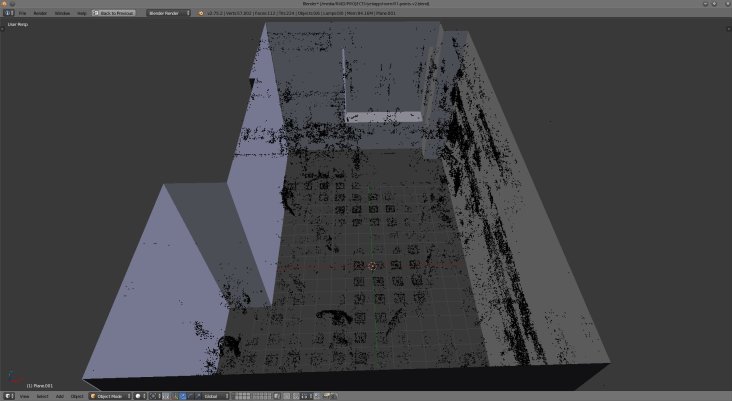 Next I modeled a very base forms of objects of interior

Then become a longest part of modeling and texturing (with camera mapping), I showed it on images below 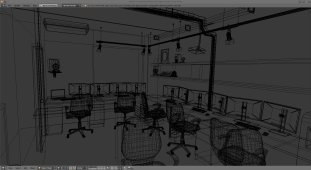 That’s all. There is a lowpoly interior of our studio with almost true dimensions! 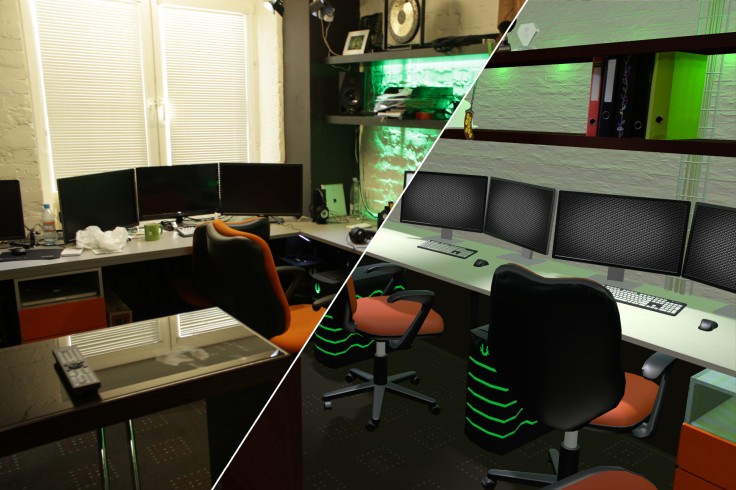 2 thoughts on “Image based modeling with almost true dimensions”